LifeSpan is an evidence-based model for integrated suicide prevention in Australia. Developed by the Black Dog Institute, LifeSpan involved the simultaneous implementation of nine key strategies that have been shown to reduce suicide.

LifeSpan aimed to support people to live full and contributing lives by bringing together healthcare, community services, and those with lived experience within a region, to work collaboratively to implement the multiple strategies within their community.

Strong evidence points to the benefits of combining effective strategies into an integrated approach to suicide prevention. The three key components of LifeSpan included:

The LifeSpan model is evidence-based, and represents current knowledge about best practice in suicide prevention. The new component of the approach which was trialed is the simultaneous implementation of nine key evidence-based strategies within a localised area. These strategies are outlined below and you can download the summary document below also.

How was LifeSpan delivered?

In 2015, Black Dog Institute received a philanthropic grant from the Paul Ramsay Foundation to allow them to test the effectiveness of the LifeSpan model in reducing suicide attempts and deaths. Four sites within New South Wales were selected to test the implementation of the model. Newcastle was the first site to pilot the integrated approach and commenced in October 2016. It was followed by trials in lllawarra Shoalhaven, Gosford/Wyong and the Murrumbidgee.

Implementation was staged, with one site starting every four months to enable accurate measurements of effectiveness and impact. Each site will have a six month planning phase followed by a two year implementation period.

The evaluation of the LifeSpan trial in NSW consists of four components and will involve comparing rates of suicide deaths and attempts before and after the introduction of the model in each region and comparisons between regions.

There are four layers to the evaluation.

Further information about the evaluation of LifeSpan will be available as all projects conclude.

The LifeSpan Newcastle pilot was led by an alliance of agencies working together locally to prevent suicide, with the contract held by the Hunter New England Local Health District. The partners involved in the Leadership group include:

The trial built on collaborative work already occurring in Newcastle between these organisations.

A range of working groups drawing from health, community services, government, education, emergency services, NGOs and the community have been established to plan and deliver strategies locally. The implementation of the LifeSpan model in Newcastle was only possible through the support of the community and other important partners.

LifeSpan Newcastle provided a unique opportunity for the community to come together, consider our existing local suicide prevention efforts, and to use the evidence base to build on and improve this work. 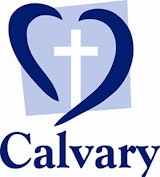 We have suicide prevention education and training programs specifically designed to make sure we know what to say and do.