Formerly named the Hunter Institute of Mental Health (HIMH), the organisation was established in July 1992 under the umbrella of the Hunter New England Local Health District.

Respected mental health leaders, Professors Trevor Waring and Vaughan Carr, became the co-founders and initial co-directors. As pioneers in psychology and psychiatry, they saw a need to provide postgraduate education and training for local mental health professionals and community groups. Trevor Waring grew and established the Institute and served as Director until 2004 when he was appointed as the Chancellor of the University of Newcastle.

The focus on local education and training was expanded in the late 1990s to coincide with a national focus on the prevention of mental ill-health and the prevention of suicide. Funding via the first National Youth Suicide Prevention Strategy in 1997 enabled the institute to expand its footprint, working on world first programs to influence the pre-service training of all journalists and teachers in Australia.

"In its early years, Everymind was responsible for raising the standard of care for people with mental illness in the Hunter Region at a time when there were few university-trained staff and opportunities for retraining were nonexistent outside of the capital city.

As it evolved, the Institute has widened its purpose and adapted its methods of education. It remains focused on making knowledge useful, to help people to live healthy lives and to create services and conditions to make the lives of others more mentally healthy," said former Director, Trevor Hazell.

Dr Jaelea Skehan OAM, a registered psychologist, succeeded Mr Hazell in 2012, 11 years after joining the Institute, and continues to serve as Director.

"I believe that it is a unique point of difference to work nationally from our regional base in Newcastle,” Dr Skehan said.

"With a reform agenda that is advocating for national leadership with regional implementation, it is a strength to understand how national or state programs work at the local level. And how prevention-focussed work can best support and integrate with the service system.

“One of our major objectives is translating evidence into practice and building the capacity of individuals, families, services and communities to be involved in mental health and suicide prevention.

Everymind has a strong commitment to bridging the knowledge to practice gap in prevention of mental ill-health and suicide and places a high value on lived experience knowledge and working in partnership. Current and future work focuses on leading in the areas of: strategy and policy; knowledge translation; best-practice communication; families and caregivers; and business and community.

Hear from some of Everymind's valued stakeholders sharing their congratulations in the video message below. 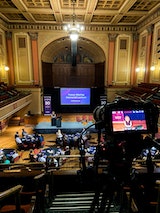 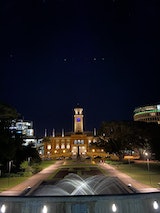 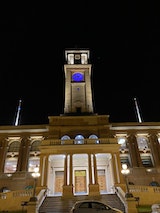