Funded by the Australian Government’s Department of Health, under the National Suicide Prevention Program, Mindframe is an initiative of Everymind.

The Mindframe education and training program aims to: 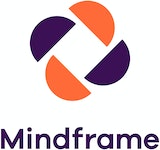 Reducing mental illness and suicide and improving wellbeing for all Australians

Being mentally healthy and living well is important to every person and every community.

Suicide is an important issue of community concern that requires action across every setting in every community.

Looking for something specific?

Show me more information for